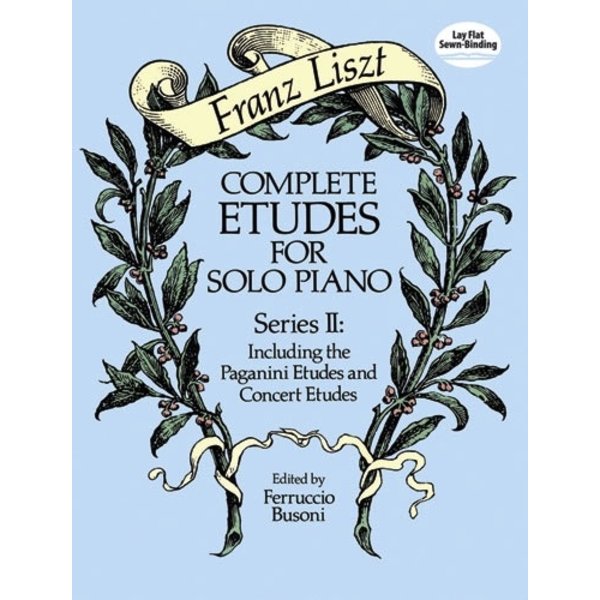 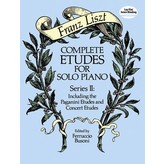 Liszt's reputation as perhaps the greatest pianist of all time is powerfully supported by his dazzling body of work for solo piano. The undiminished popularity of his etudes with pianists and audiences alike have made them among the most performed and recorded works for solo piano in the romantic repertoire.
This superbly produced yet inexpensive two-volume edition presents all of Liszt's etudes as edited by the great pianist, composer, and musical scholar Ferruccio Busoni for the Franz Liszt Society and published by Breitkopf and Härtel in Leipzig in 1910–11.
This second volume, Series II, includes many of Liszt's most important piano works. Liszt's creative method can be observed in his reworking of the Etudes d' Exécution Transcendante d'après Paganini into the Grande Etudes de Paganini (better known as simply the Paganini Etudes), and the similar revision of the "Morceau de Salon" into "Ab Irato." The separate etudes cover a wide stylistic range, from the dazzling technical display of the most popular of the Paganini Etudes, "La Campanella," to the graceful, restrained lyricism of "Waldesrauschen." Each will bring to pianists and their listeners a moving encounter with the genius of this towering musical personality.