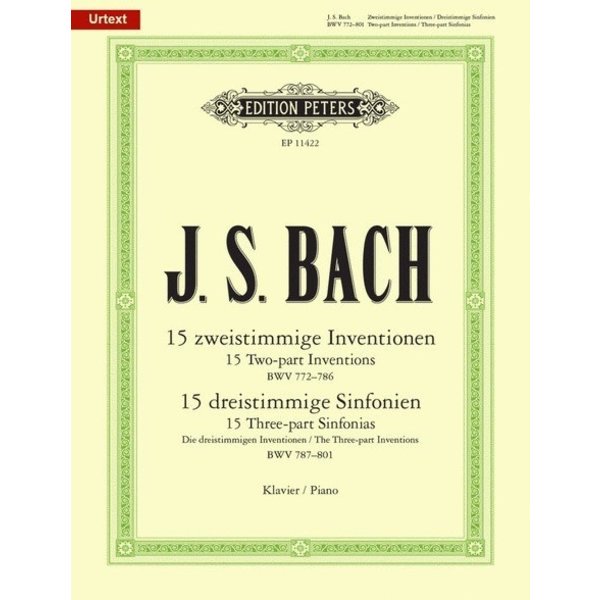 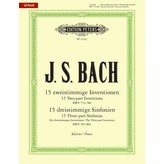 Bach's two-part Inventions and three-part Sinfonias (BWV 787–801) have come down to us in an autograph fair copy dated 1723. The Inventions in particular are of merely moderate difficulty and occupy an important place in piano teaching to this day. In terms of their overall organization, the 15 pieces can be seen as leading on to the Wohltemperiertes Klavier.

In keeping with normal practice, they were initially distributed in the form of handmade copies, with regular reference to the autograph. The present Urtext edition is based on Bach's autograph as well and has been compared against the NBA. In some of the pieces, the composer himself added additional ornaments at a later stage but did not otherwise undertake significant alterations. In every respect, this new edition of the collection therefore represents an authoritative musical text, without amendments or additions deriving from contemporary secondary sources.

The Editorial Report gives details regarding textual criticism, the nature of the manuscript and the later additions