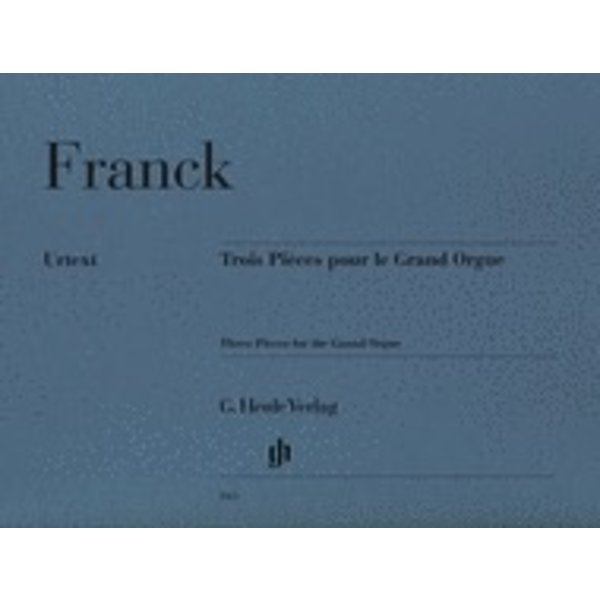 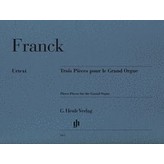 Franck - 3 Pieces for the Grand Organ

When the “Palais du Trocadéro” was built in 1878 on the occasion of the World Exhibition in Paris, the first large concert organ in France was given pride of place in the “Salle des Fêtes.” Franck wrote his “Trois pièces” (one of which is the famous “Pièce héroïque”) for this instrument with its 66 stops. The autograph score contains detailed instructions for the use of the stops. When the work was published five years later, Franck was already organist at the Ste. Clotilde Church and so the indications in the first edition referred to much smaller organs. Our edition makes the most of the opportunity to give both the musical text for the first edition as well as the original registration for the Trocadéro organ. Thus, Franck's ideas for the way this magnificent work was to sound is illuminated in two different ways.