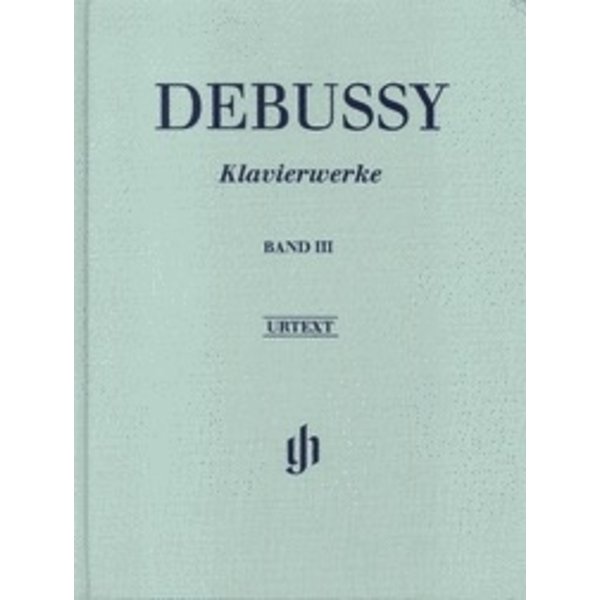 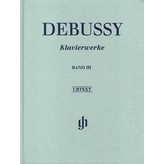 To mark the 150th anniversary of Debussy's birth in 2012, Henle is proud to present a tribute to his piano solo works in three volumes, available as a paperbound or a clothbound edition. As a publishing house whose main focus is on piano music, it was important for Henle to give a special place to the works of Claude Debussy, the innovator of piano style. Thus since the early 1980s they have steadily been publishing single editions of all of Debussy's important works for the piano. Their editor Ernst-Günter Heinemann has worked closely with the French Debussy scholar François Lesure to present Debussy's elaborate music in high quality Urtext editions. Beginning with the “Danse bohémienne” from 1880, all of the single works from their catalog have been drawn together in these three volumes, arranged according to their date of composition. And as a little “encore” we have included the Prélude to the cantata “La Damoiselle élue” in volume I. Each of the three volumes contains true highlights for the piano. But the short and lesser known works also offer a glimpse at the modern classical composer Debussy from a different angle. In addition each volume contains a helpful glossary with all of Debussy's often very vivid performance instructions translated into English and German. Bon anniversaire, Claude Debussy!