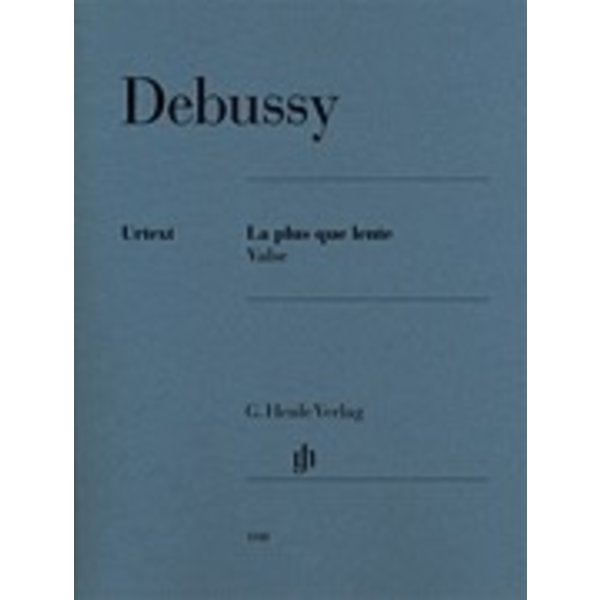 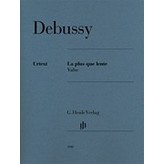 Slow waltzes enjoyed a special vogue in Parisian salons of the early twentieth century, leading Debussy - with a twinkle in his eye - to produce his piano waltz “La plus que lente” (“The Slower-than-Slow”). Parisian publisher Durand brought Debussy's piano waltz, issued in July 1910, to a wider public by publishing it that same year as a supplement to Le Figaro, as well as in arrangements (by others) for violin and piano and for piano, 4-hands. Debussy himself produced a version for orchestra, and in 1913 he even - at a rather faster tempo - recorded it on a piano roll for the Welte-Mignon company. This work, headed “molto rubato con morbidezza” (with much rubato, morbidly), is now available as a separate Henle Urtext Edition. A preface, extended from those in the anthology volumes 51481194 and 51480404, will stimulate curiosity about this charming miniature waltz.