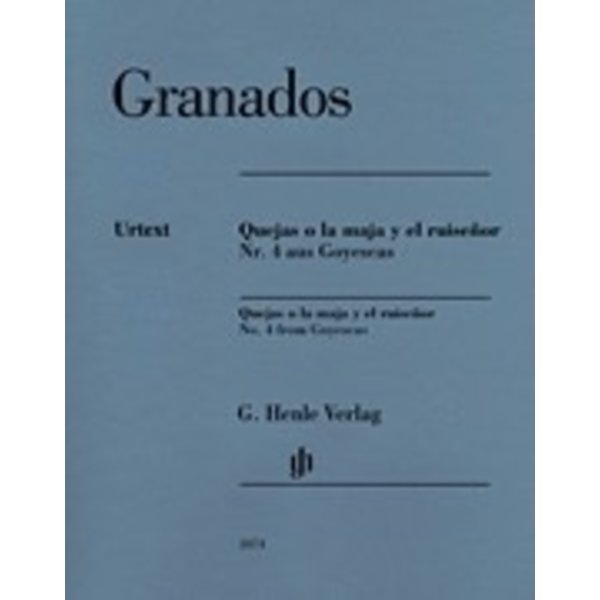 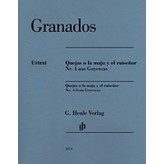 This “Lament, or the maiden and the nightingale” is the fourth movement of Granados' six-part piano cycle Goyescas (1909-11). The cycle's title is derived from the name of the Spanish painter Francisco de Goya, whose paintings inspired Granados. The Goyescas conjure up Goya's Spain of the late 18th century - chivalrous and sensual, but also melancholic and sombre. The overall theme is the life of two young lovers. The “Quejas” are a turning point in the cycle, because here jealousy leads to a lament that is joined by the song of the nightingale. The expressive intensity makes the movement the high point of the cycle for many, and G. Henle Verlag is now offering it as an individual Urtext edition.