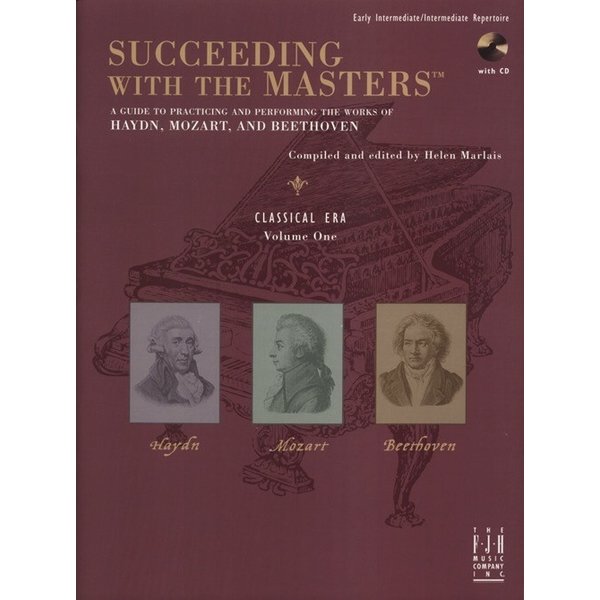 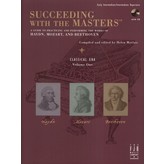 Succeeding with the Masters, Classical Era, Volume One

Succeeding with the Masters® is a collection of 26 graded repertoire pieces by Haydn, Mozart, and Beethoven. It provides a complete overview of the musical characteristics of the Classical Era in an easily comprehensible manner. Students learn practice strategies, musical concepts, and general characteristics of the era as they explore delightful pieces by the great composers. Aompanion recordings of complete performances and practice strategies are provided.