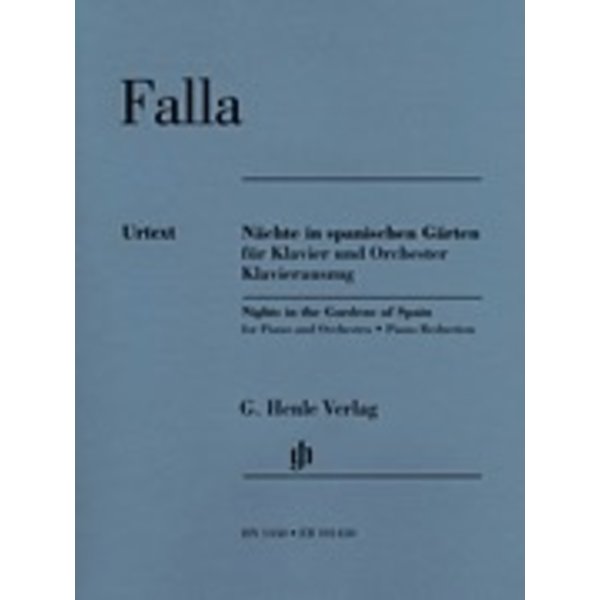 Falla - Nights in the Gardens of Spain

The seven years that the Spanish composer Falla spent in Paris (from 1907 to 1914) marked a turning point in his compositions. Hisencounter with contemporary, French Impressionist music made a big impact on him. From then on it was to leave its mark on his oeuvre, which was otherwise inspired by Spanish folk music. It was thanks to the advice of the pianist Ricardo Viñes and the composer Isaac Albéniz that Falla decided to expand his “Nocturnes” for solo piano of 1909 into a three-part symphonic suite for piano and orchestra. He finally completed it in 1915, and named it Noches en los jardines de España(Nights in the gardens of Spain). Yuja Wang kindly provided fingerings for the solo piano part of de Fallas enchanting musical evocation of his Andalusian homeland.