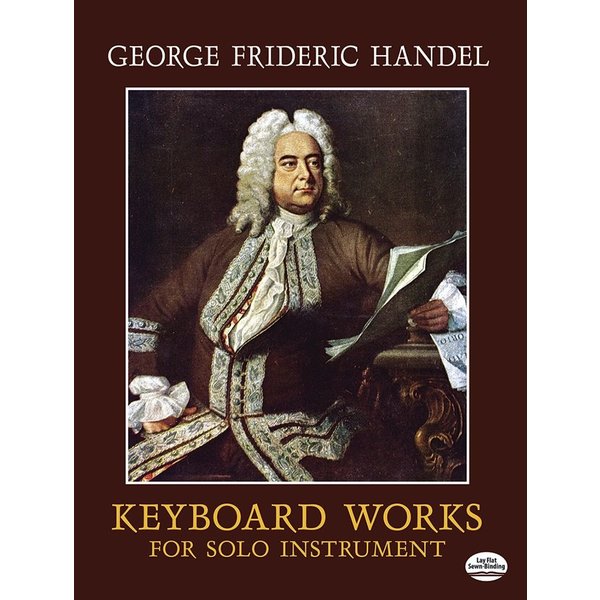 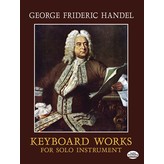 The music historian Sir John Hawkings recorded that his friend Handel's keyboard improvisations "stole on the ear in a slow and solemn progression; the harmony close wrought, and as full as could be possibly be expressed; the passage concatenated with stupendous art, the whole at the same time being perfectly intelligible, and carrying the appearance of great simplicity." Such fecund spontaneity generated the few published pieces Handel wrote specifically for the keyboard. The first set of suites appeared in 1720, perhaps composed and published for the instruction of Princess Anne, to whom Handel serves as music master. Other collections of harpsichord and clavichord work followed; all seem to have been preserved from Handel's freely inventive keyboard sessions. Here, for the first time in a popularly accessible edition, are 35 of his finest keyboard works for solo instruments, reproduced from the monumental Deutsche Händelgesellschaft edition, still the most complete.
This collection features the celebrated Eight Great Suites, including the Harmonious Blacksmith Air and the Passacaille in G Minor (G 255), "a work in which Handel approaches most nearly to the monumental style of his choral writing" (Grove's Dictionary). Other works include: Fugue in A Minor; Fantasia in C Major; Suite (Partita) in G Minor; Sonatina in B-flat Major; Capriccio in F Major; Minuet in G Minor; Sonatas in C Major; Chaconne in F Major; Prelude and Sonata in G Minor; and more.
For this new edition, the pieces have been rearranged and retitled according to the latest scholarly sequences found in The New Grove Dictionary of Music and Musicians. Students and scholars will find many of the ideas Handel sketched here expanded and reworked in later chamber and orchestral works and in the opera dance movements; musicians and every Baroque music lover will see in these neglected pieces "a Protean fluidity" (New Grove) worthy of the great composer, and more than worthy of any musical library.