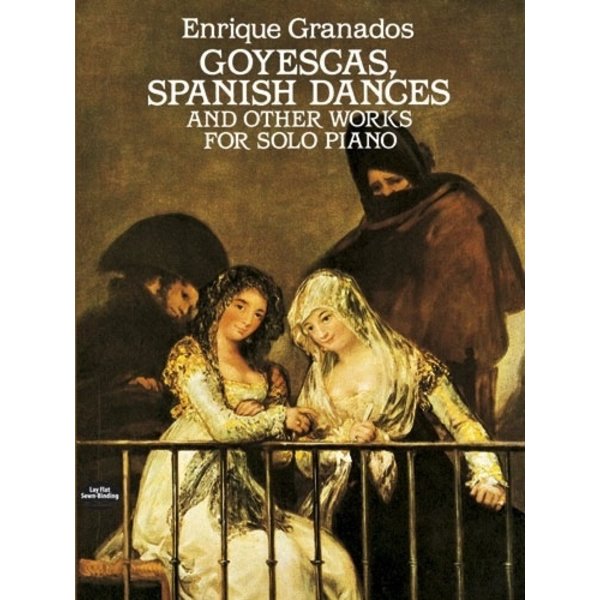 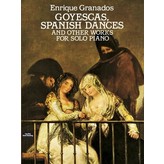 Goyescas, Spanish Dances, and Other Works

This remarkable book brings together in one sturdy, yet inexpensive volume four of the most memorable and frequently played sets of works for the piano by Enrique Granados (1867–1916), one of Spain's greatest modern composers. They are reprinted here from early editions.
The piano suite Goyescas, first performed in Barcelona in 1911, would bring Granados his greatest, most enduring success. In each of its six pieces, the composer employs wild, insistent melody and highly individual rhythm, harmony, and coloring to create dramatic impressions of paintings by Goya, to whose work Granados was deeply drawn.
The exquisite Spanish Dances, a suite of early works, were much admired by the leading composers of the day, among them Massenet, Saint-Saëns, and Grieg, not only for their distinctive musical qualities, but also for the new direction in Spanish music which they heralded. They remain today perhaps the most performed of Granados's work.
Less well known in America are the beautiful Escenas poéticas and Escenas románticas, two suites which reflect Granados's interest in the music of Grieg, Schumann, and Liszt, yet are filled with the great Spanish composer's original modulations and characteristic melodic writing. Together, the four suites offer performing artists, teachers, students, and music lovers a rich treasury of the finest and most enduring of Granados's compositions for the piano.