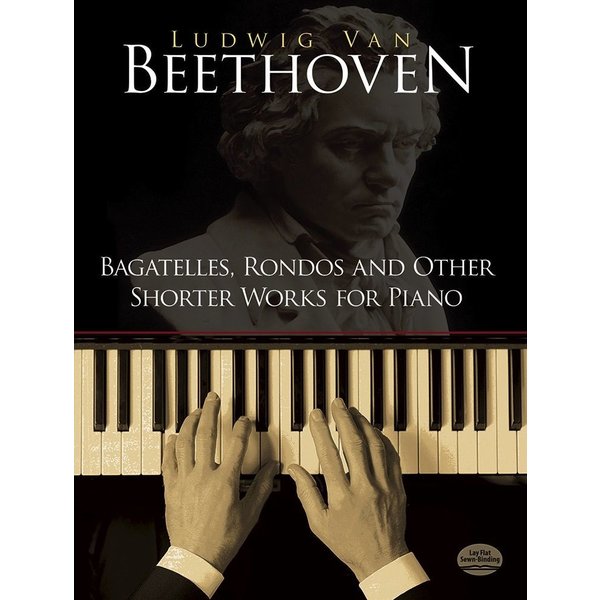 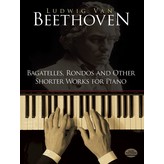 Universally recognized for his critically important role in raising instrumental music to its highest plane, Beethoven is also highly regarded for his leadership in developing and extending the piano repertoire. His bagatelles, once described by the composer himself as "Kleinigkeiten" — or "trifles" — are short, masterful works that have proved tremendously popular not only for their pleasing sounds but also for the technical challenges they offer intermediate as well as advanced piano students.
This superb, high-quality collection, reproduced from the authoritative Breitkopf & Härtel edition, contains the composer's most popular and most performed bagatelles, rondos, and shorter compositions, including: Six Minuets (c. 1795); the Polonaise in C, Op. 89 (1814); Six Bagatelles, Op. 126 (1823–24); the famed Rondo a capriccio in G (Rage Over a Lost Penny, 1795); the Andante in F (Andante favori, 1803), and a generous selection of other short works.
An easily affordable volume, the present edition provides Beethoven devotees, students, teachers, and music lovers with a delightful sampling of a number of spirited works by one of the music world's supreme masters.