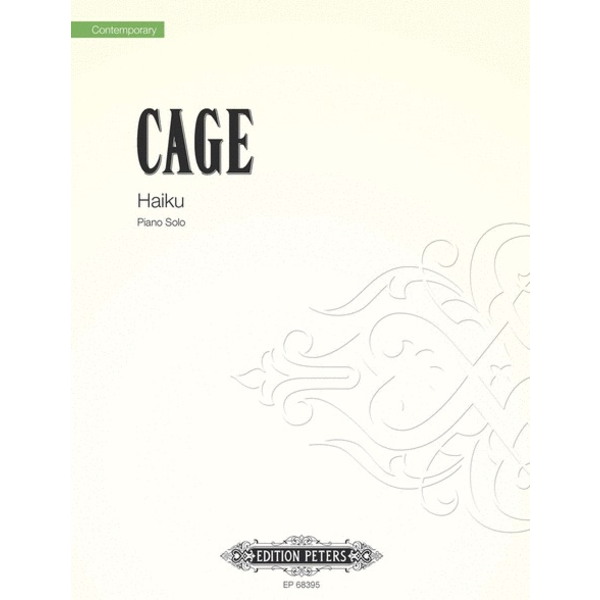 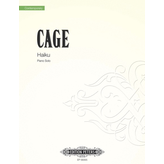 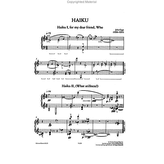 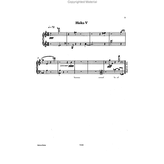 "In 1950–51 John Cage composed seven Haiku for piano. The manuscripts are extremely sketchy but can be deciphered, with only a few minor rhythmic details open to speculation. In contrast to the familiar Seven Haiku of 1951–52, which Cage copied out carefully and later published in Edition Peters (P6745), these earlier Haiku use the sequence of 7-plus-5-plus-7 sound events (in nine measures) as a structural underpinning, rather than the 5-plus-7-plus-5 sequence of the later composition. One wonders whether Cage would have eventually found time to recopy these little pieces for publication. They reflect a fascinating musical path from the almost tonal Haiku I, reflecting a language similar to the Sixteen Dances (1950–51), to a completely atonal style akin pitch-wise to the Music of Changes (1951), but without ostensibly using chance methodology. The first of the four volumes of Music of Changes was completed on May 15, 1951, two months after Haiku V.

The dates of these early Haiku confirm the powerful influence on Cage of the Zen Buddhist master Daisetz Teitaro Suzuki, who gave three lectures at Columbia University in March 1951. It cannot be a coincidence that Cage composed Haiku II, III, IV, and V during that month. The titles of the pieces present a number of puzzles for the transcriber. Although using literary themes similar to those found in traditional Japanese haiku (a dear friend, stillness, frogs), no specific allusion to Japanese haiku in print in 1950 can be found. Haiku IV references the River Plurabelle of Joyce’s Finnegans Wake; Haiku I might refer to a 'dear friend,' David Tudor, whom Cage met at the beginning of 1950, and who, it is said, once performed this piece. One should note that the initial one and a half measures of the piece appear on the title page of Cage’s manuscript of Sixteen Dances (1950–51), though no thematic reference to Sixteen Dances has been found. Curiously, the manuscript of Haiku V contains Arnold Schoenberg’s Los Angeles address in its right-hand margin.

The sixth Haiku is untitled and undated, but was likely also composed in March 1951; an alternative version of the first Haiku (undated) seems to have been rejected. These two pieces are included here as addenda." (Don Gillespie, Editor)