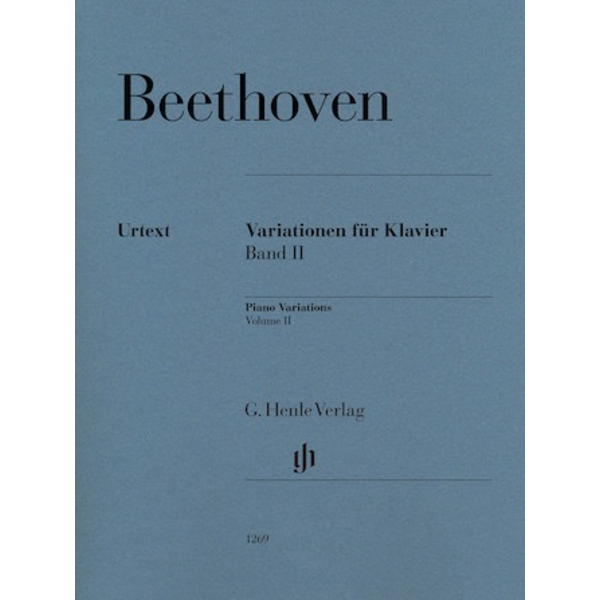 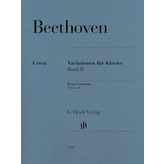 The variation genre occupied Beethoven his whole artistic life. Collected in the second volume of G. Henle Publishers' complete edition of piano variations are compositions from his middle and later Vienna years written between 1799 and 1823. Among them are groundbreaking works such as the two sets of variations on original themes opp. 34 and 35, the Variations in C minor WoO 80, and, as the final crown jewel, the Diabelli Variations op. 120. The revised musical text of the Urtext edition, with an extensive foreword and commentary, was prepared on the basis of the subsequent Critical Apparatus of the Beethoven Complete Edition. The fingering suggestions stem from the competent hand of Ian Fountain.