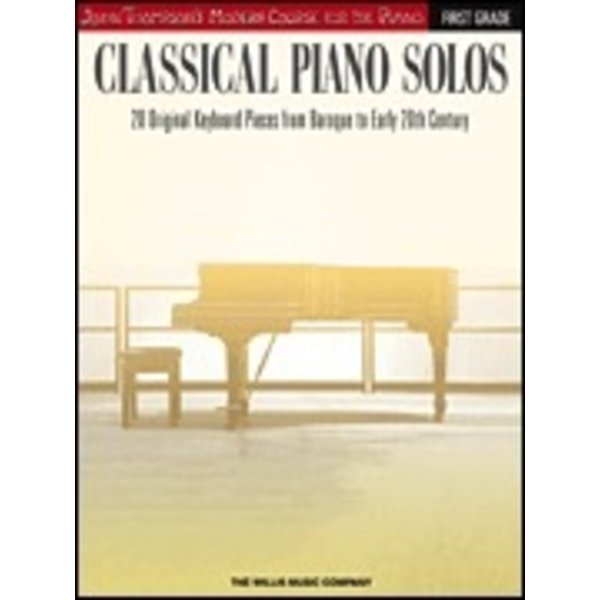 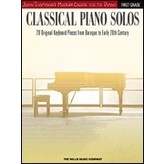 20 original pieces from the masters! The Classical Piano Solos series was compiled to correlate loosely with the Modern Course method and can be used to supplement any teaching method or situation. Features a mix of well-known pieces, including several from Bartok's method (co-authored in 1913 with Reschofsky) and Burgmüller's “Arabesque,” as well as lesser-known gems by composers like Melanie Bonis, Vincent d'Indy and Daniel Turk. Also includes two bonus pieces - by Gurlitt and Schmitt respectively - that have been adapted so that the beginning student can immediately start playing the classical repertoire.