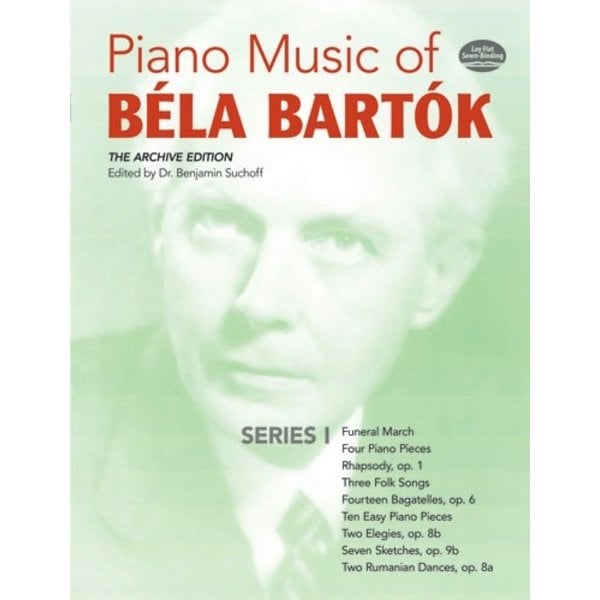 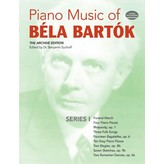 Piano Music of Béla Bartók, Series I: The Archive Edition

"It is of great importance," Bartók wrote, "that anyone who is involved with music should be able to obtain [composers'] works in editions which interpret precisely the author's intentions, not of such kind that may have been arbitrarily modified or forged by some adapter." Thirty-six years after his death, in the centennial of his birth (1881), Bartók's wish has finally been realized in his own work. This collection of early piano music is the first volume in the Bartók Archive Edition, the only edition of the great Hungarian composer to be based on corrections from his memorabilia or original editions in the New York Bartók Archive. Comparison has also been made with Hungarian editions published since 1951, which are based on the holdings of the Budapest Bartók Archivum.
It is appropriate to begin the Bartók Archive Edition with piano music, for, as Grove's Dictionary notes: "The pianoforte was his most natural medium of expression. . . . It was the pianoforte that made Bartók express his harmonic thought with such directness." This volume begins with Bartók's first published work for piano, the Funeral March from the symphonic poem Kossuth. Other works include Four Piano Pieces; Rhapsody, Op. 1; and Fourteen Bagatelles, Op. 6. The stark Bagatelles reflect Bartók's reaction against the Romantic style and the beginning of his highly personal and innovative musical language.
Benjamin Suchoff, trustee of the Bartók Estate and Professor at the Center for Contemporary Arts and Letters of the State University of New York at Stony Brook, edited this Archive Edition and provided the Introduction, translations of folk-song texts, and musicological scholarship that will ensure definitive status for this edition. Bartók is a keystone composer of the twentieth century, especially for the piano; with this edition, music lovers have the composer's authentic, authoritative last word.