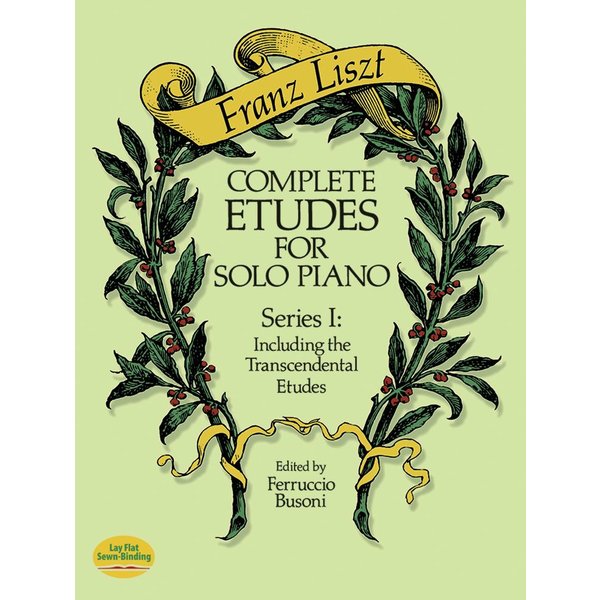 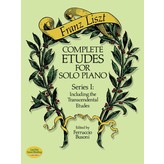 Complete Etudes for Solo Piano, Series I: Including the Transcendental Etudes -

Liszt's reputation as perhaps the greatest pianist of all time is powerfully supported by his dazzling body of work for solo piano. The undiminished popularity of his etudes with pianists and audiences alike have made them among the most performed and recorded works for solo piano in the romantic repertoire. This superbly produced yet inexpensive two-volume edition presents all of Liszt's etudes as edited by the great pianist, composer, and musical scholar Ferruccio Busoni for the Franz Liszt Society and published by Breitkopf and Härtel in Leipzig in 1910–11. This first volume, Series I, includes many of Liszt's most inspired piano works. The Etude en 12 Exercises and the 12 Grandes Etudes can both be regarded as early versions of the Etudes d' Exécution Transcendante (Transcendental Etudes). Each set is a highly successful work in its own terms, and both generally surpass the famous final version in difficulty. The separate "Mazeppa" is yet another working of one of the etudes from these sets. The individual etudes range dramatically in style from the delicate refinement of "Feux Follets" to the startling bravura of "Wilde Jagd" (both from the Transcendental Etudes). Each will bring to pianists and their listeners a moving encounter with the genius of this towering musical personality.